How can we help you today?

If you have older GPRS unit that were not received with the FW version 32 from us, then please update there bootloader so that they are working properly.

First update the FW version of the unit to the version 33 by following this solution: GPRS2 Firmware update with Configuration tool

After you have updated the device to FW version 33 you can update the bootloader.

You can rename the created shortcut to Bootloader Update.

Right click again on the newly created shortcut (1) and Properties (2).

In the Properties we will add the bootloader parameter to the end of the target field. 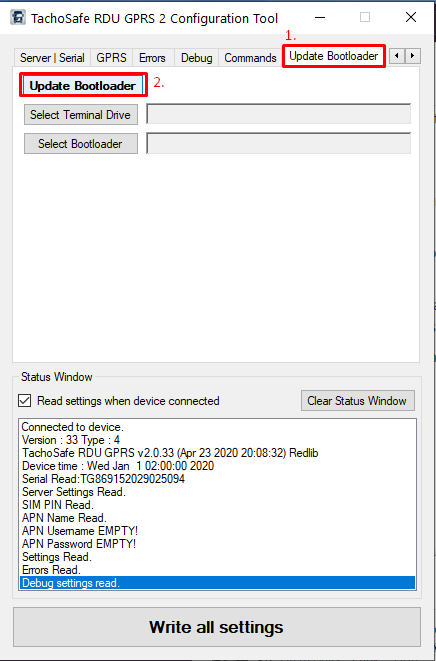 A folder selector will appear and select the proper USB disk for the RDU unit (1) and press OK (2). 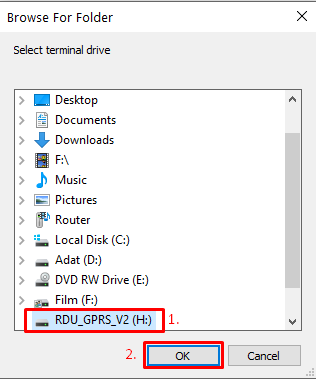 After that a file selector will appear to select the Bootloader.bin binary file that contains the new Bootloader for the RDU unit and press the Open button.

You can download the Bootloader.bin and Bootloader.crc file from the attachments. 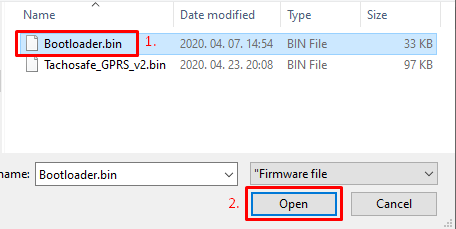 If everything works properly you should see a similar output window

If the BOOTLOADER UPDATED message appears it means that the bootloader was updated. Please disconnect and reconnect the device open the Logfile.log file and search for the log entry: "Bootloader v2.2 (Apr  7 2020 14:54:32) Redlib" near the end of the file. If you see this message it means that the update was successfull.

Did you find it helpful? Yes No

Send feedback
Sorry we couldn't be helpful. Help us improve this article with your feedback.